Abdullah Haron was born on 8 February 1924 in Newlands-Claremont, an area which in the late twentieth century became a very prosperous commercial centre in Cape Town’s southern suburbs. He was the youngest in a family of five, and still an infant when Asa Martin, his mother died. Since his father Amarien, was not able to care for him, the latter’s childless sister, Maryam, reared him. This aunt made her firm-handed influence felt during his teens. She supported him to pursue his studies until the time he got married to Galiema Sadan on 15 March in 1950.

During his early years he completed Grade 6 at Talfalah Primary School (est.1912). For two years he pursued ‘Islamic studies’ in Mecca where he was tutored by he famous Shaykh `Abdurahman al-`Alawi al-Maliki (d.1986). Upon his return he continued his studies under Shaykh `Abdullah Taha Gamieldien (d.1946) and Shaykh Ismail Ganief (d.1958). These three shaykhs had an indelible impact upon the Imam’s ideas and activities. Shaykh Ismail Ganief was, however, the one who encouraged him to participate fully in community activities, particularly in the social welfare sector. He thus extended his services to the poor and the needy, and also began to teach.

The Imam’s ideas were influenced and shaped by internal and external forces. Whilst doing his part-time studies under Shaykh Ismail, and teaching at a local Muslim school, he befriended individuals who prepared themselves for the building trade and teaching professions; they came from the Fakier, Sadan, Hattas, Galant and Ganief families. Quite a few of them frequented the intellectual gatherings of the Teacher’s League of South Africa and the Non European Unity Movement and in turn, shared these ideas with him. The Imam was attracted to their views and became more aware of his community’s socio-political circumstances. Externally he was influenced by the ideas of the Egyptian Muslim Brotherhood and other Arab-Indian movements. He purchased their books and extracted the relevant articles for circulation purposes.

When he was officially appointed in 1955 as Imam of Al-Jamia Mosque in Stegman Road (Claremont) many of his ideas were implemented. At Al-Jamia he created discussion groups, initiated adult male and female classes, innovated alternatives for the Coon Carnival, introduced brief talks about various issues pertaining to Islam after prayers during the month of fasting, allowed women to participate in the mosques’ executive activities. Along with his close circle of friends such as Abu Bakr Fakier, Ismail Saban, Sait Galant, Sedick Galant, Karriem Sadan, Abu Bakr Hattas, Rashaad Saban, and others, he established the progressive Claremont Muslim Youth Association (CMYA) in 1958. The CMYA went on to publish a monthly bulletin, the ‘Islamic Mirror’, in 1959. And during that same year the Imam, Mr Abdul Kays, Mr Gulzar Khan, Mr M. Mukaddam, Mr Abdul-Rashied Sayyid and Mr Zubayr Sayyid decided to establish a monthly newspaper, the ‘Muslim News’ (1960-1986). He was appointed its editor and used the opportunity to make the paper as representative as possible. It covered cultural, religious, and political issues. The newspaper played a very functional role in that it kept the Muslims informed about Islamic issues taking place in the Cape, other parts of South Africa, and in the Muslim heartlands.

During the early 1960s the Imam and the CMYA invited various prominent individuals of diverse backgrounds to address them on various topics. Individuals such as Zac de Beer of the Progressive Party, Ray Alexander of the Food and Canning Union, and Mrs Eulalie Stott of the Black Sash addressed them on relevant aspects of their organizations. These ideas gave the Imam and CMYA members clearer perspectives of how others think, and how they needed to respond to the contemporary developments. And since these exchanges helped them to formulate their own ideas about Islam and society, it prompted them to circulate the well-known ‘Call of Islam’ anti-apartheid pamphlet in 1961. In addition to listening to the various viewpoints, they also maintained close contact with a number of activists such as Alex la Guma (d.1985) and Albie Sachs (CPSA member), Prof. Hoffenberg (former UCT Music Professor), and Robert Sobukwe (PAC leader).

The Imam’s ideas were however not only channelled through the ‘Muslim News’, but also via the Friday sermons and public lectures during the late 1950s and 1960s. It was in these sermons and lectures that he critically commented upon the different, barbaric racial laws. When the famous 1960 PAC-led march got underway in Cape Town, the Imam delivered a significant Friday sermon emphasizing the concept of human brotherhood in Islam and the Muslims’ role during that time; and he urged them to support the Africans who were worse off within this racist system. The Imam, at this point in his life, had been in close contact with the Africans from Langa, Guguletu, and Nyanga to show his social, moral and financial support. It is because of his respect for and his humane treatment of his fellow oppressed that they and their children affectionately called him ‘mfundisi’ (priest).

At a meeting on 7 May 1961 at the Cape Town Drill Hall, in an emotionally-charged speech the Imam described the Group Areas Acts as “inhuman, barbaric and un-Islamic” and added that “these laws were a complete negation on the fundamental principles of Islam… (they are) designed to cripple us educationally, politically and economically… We cannot accept (this type of) enslavement.” When the Sabotage Bill was tabled in parliament, he and many others reacted very emotionally to it. He stated that this Bill ” … seeks to close all loopholes in the Government’s regimentation of the lives of the people. Our motherland has been a big prison house with just a few loopholes to breathe through. Now that it is cemented, a granite wall is to be built around our motherland to suffocate us, so that the world does not hear our cry. Our country is unique …. Under the Suppression of Communism Act, it suppresses anti-Communists – like the Duncans and Luthulis – and yet it is not satisfied. The monster of racialism is vicious. … How much can we bear, I ask you! Has tolerance not a limit?” In this manner he pro-actively attacked the apartheid laws.

During the 1960s the Imam developed strong ties with individuals such as Barney Desai, a former member of the Coloured People’s Congress, who had by then gone into exile and become a member of the PAC. It was through the latter’s links that the Imam gave his assistance to the PAC. Although he was not a member as some may argue or wish to believe, he clearly supported the activities of the PAC as well as that of the African National Congress. By the mid-60s when the Group Areas Act was cruelly enforced, the Imam was amongst the 1,000s who were affected by it. In 1965 the Imam and his family had to move from the Jefferson Road, Lansdowne house – where all three of his children (Shamila, Muhammed & Fatima) were born – to Repulse Road, Athlone. The Imam was in a fortunate position at that time in that he was working as a sales representative for Wilson Rowntrees (the British sweet company), and was therefore financially independent and in the position to build himself a new house. He built it opposite the City and Suburban Rugby Stadium where he eventually played a crucial cementing role in Muslim-Christian relations.

In 1968 he undertook a journey to Mecca with the main objective of reviewing his relationship with the PAC and to sort out his eldest daughter’s study programme at one of London’s educational institutions. On this journey he met the Saudi Arabian Minister of Education, Hasan `Abdullah `Ali Shaykh, to discuss matters of educational interest and he also had the opportunity of meeting King Faysal (d. 1972). After his brief stay in Riyadh he left for Cairo where he spent a few days reacquainting himself with PAC members. He addressed a conference of Muslim representatives, which was attended by the PAC and ANC. Before reaching London, he stopped over in Holland where he met the Director of the International University Exchange Fund, Lars Gunner Erickson.

Before he returned home, he was warned that the situation was getting dangerous for him as the Security Branch police were targeting him, and he was thus advised to emigrate. As his father was old and frail and not eager to move to another country, the Imam was in a dilemma. As fate would have it, the Canadian Embassy seemed to have rejected his application, and by then he realized that it was too late. The Security Branch had been slowly building up a dossier of information regarding his clandestine activities. On the morning of 28 May 1969 the Imam was summoned by the notorious Security Branch to Caledon Square. This was the Muslim 12 Rabi’al-Awwal, the day when the community was preparing to commemorate the birth of their Prophet Muhammad. Once there, he was detained by one of the Security Branch’s brutal officers, Spyker van Wyk, under Section 6 of Act 83 of 1967, referred to as the Terrorism Act. The Imam was held incommunicado for over four months (123 days) with no opportunity to see his wife and children. That day marked the end of all the activities he had undertaken with such great zeal and enthusiasm since he had assumed the responsibility of Imam.

After having met members of his congregation, Mrs Catherine Taylor of the United Party raised the Imam’s detention (under the 180 days Act) in parliament on 10 and 13 June 1969. She received a reply from the Minister of Police, Mr Muller that ‘it was not in the public interest’ to know why the Imam was detained. Despite these efforts, the Security Branch tortured and eventually murdered him on 27 September 1969. They averred that the Imam had ‘fallen down the stair-case!’ 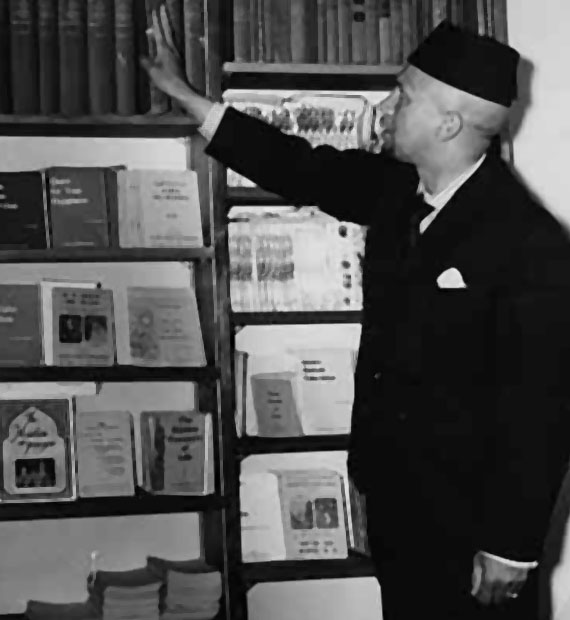 About the Imam Haron Foundation

This is a commemorative site set up by members of the Haron family and close community members in order to share aspects of his humble life with the communities not only in South Africa but also in other parts of the world; raise public awareness of the role he played in the Cape community; and teach the current generation about the lives of individuals such as the Imam who dedicated themselves to attain and uphold justice and to always speak and practice the truth.

Designed to deepen understanding of the dynamics of social injustice and communal oppression at the individual, group, cultural, religious and other systems levels

To promote a better understanding of, and more informed debate about, the nature of social justice in Southern Africa, particularly in relation to social and public policy.

To foster a just and compassionate community as well as a just and considerate South African service system - through social justice advocacy, research and education.

For activists, theorists and other interested stakeholders to share their expertise, collaborate on research projects, and publicize their work to the broader academic activists community and civil society.

Makes connections & build bridges in order to provide a unique opportunity for intellectual exchange on a subject of fundamental socio-political significance and offer services to the community.

To examine how public policy is implicated in social justice for different groups throughout the life course;
To study how inequalities of resources stemming from people's relationship to the labour market, & how income and wealth impinge unjustly on life chances in various spheres;
To scrutinize the dynamics of race and racism; and
To investigate how social injustice can arise from differences of status, power and resources amongst diverse social and cultural groups within the Western Cape (rural-urban) society.

To provide leadership on as well as raising awareness of social justice matters in all sectors in and beyond the Greater Cape Town region.
To advance and promote ethical decision-making and practice in the Western Cape and instill this culture among all its stakeholders.
To offer training and consultancy on social justice issues at different levels in and beyond the Western Cape.